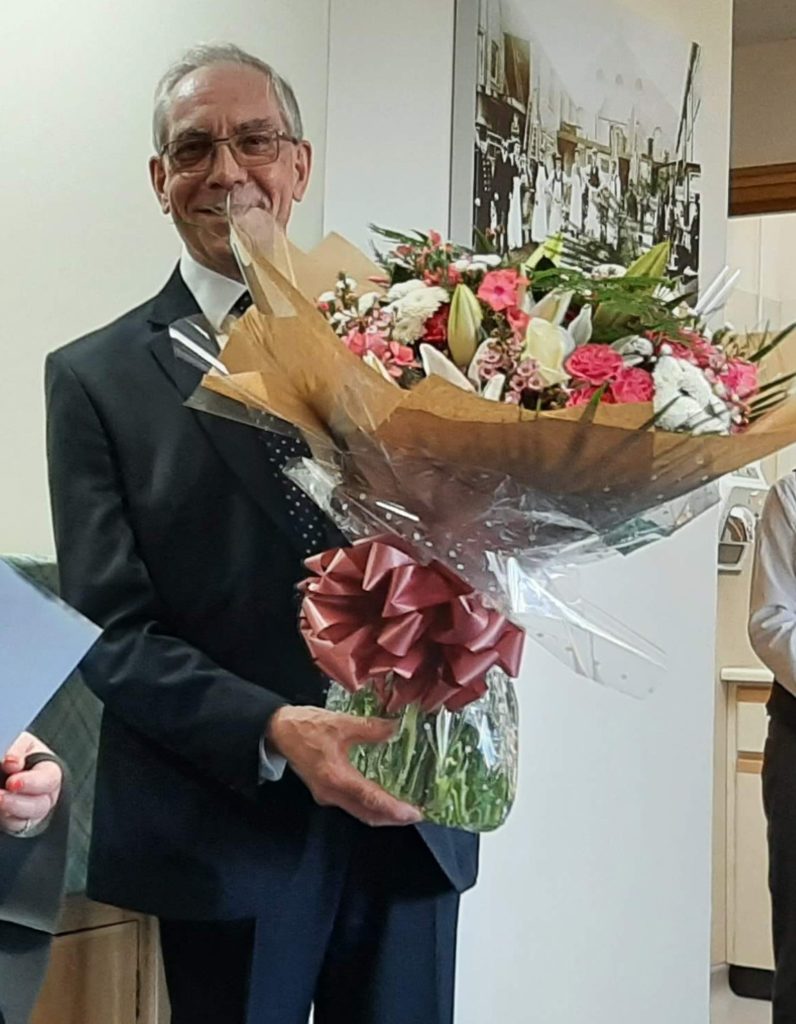 Michael was just 15 when he started his career in the industry, working as a joiner/cabinet maker for a small funeral director in Colchester. He quickly realised he was better suited to funeral arranging and worked his way through the various roles, gaining his NAFD Diploma in Funeral Directing and completing his British Institute of Embalming (BIE) training to become a fully qualified embalmer. He joined Neville Funerals in 1989 as General Manager, before becoming Operations Director responsible for the newly acquired Bedford branch, and then Managing Director in 2004. He received a Long Service Award in 2020, having served the local community for 30 years.

As retirement beckons and he takes a well-deserved rest, Michael says: “When I first arrived at Neville’s, we only had three branches. Now there are nine and we have our own service chapel.

“I am proud of the relationships I have made with the local communities on behalf of Neville’s throughout my career, and even though I’m retiring, I will still be involved in the work of the NAFD as an examiner, and will continue to work with the BIE. And for the future? I will become a grandparent in late July and I’m looking forward to going on a cruise at some point.”
As the second longest serving member of Neville Funerals steps down Vicky Trumper says: “Michael and I were both made directors of Neville Funerals together, in 1999, along with Denise Aspinall. We have certainly seen some considerable changes over that time, with addition of branches, a large increase in staff numbers and some huge changes in the industry. Throughout it all, Michael has been a great source of knowledge and experience to us all and we wish him a long and happy retirement.”

Director Charmian Alexander adds: “It’s been a pleasure working with Michael since I joined Neville Funerals. Ever a great source of knowledge, there is nothing he hasn’t seen, heard or experienced in the funeral profession after such a long career, and I wish him a well-earned retirement spending time with his family.”

So thank you Michael for the hard work and dedication you have shown to Neville Funerals, and we all wish you the very best in your retirement.