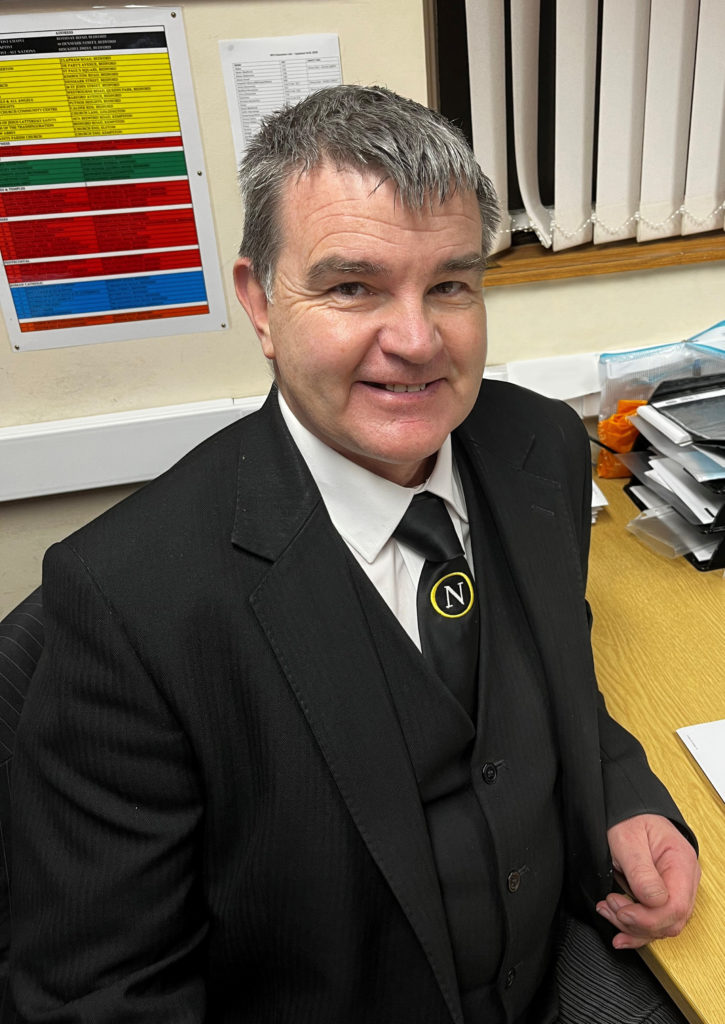 Karl Montford, one of the longest serving members of staff at one of Bedfordshire’s oldest established businesses, Neville Funerals, has been promoted to Branch Manager at Bedford.

Karl, who has been at the firm for over 40 years, amazingly first started as a Saturday boy, working on general admin jobs and cleaning the cars and then after leaving school began at the firm in a permanent role. From there, he worked his way up through the business, from driver bearer to Funeral Arranger to Funeral Director and then on to Assistant Branch Manager at Bedford and now to Manager. And along the way he came the firm’s qualified expert on repatriation, liaising with airlines on the compassionate transportation of loved ones back to the UK.

Vicky Trumper is Director at the firm: “Branch Manager roles at the business are viewed as pretty crucial positions for us. They are the face and presence of the business in any location and as such have to have the trust of the local community and a great relationship with our clients. It’s a huge responsibility for anyone to take on, particularly as we have a ‘door is always open’ policy.

“Karl is so well respected locally and within the business that it was simply the most straightforward recruitment decision I think we have ever had! He has been at Neville’s longer than nearly anyone else, including me, and has such a wealth of knowledge that he is the natural ‘go to’ person for any questions or queries that we still have from time to time – we are lucky to have him.”

Karl has been overwhelmed by the support he’s received as the news was announced: “I could not be more honoured to take up the role – although the fact that it was the first interview I have ever had was quite nerve racking! Throughout my career I have not thought about moving anywhere else as it’s just been such a pleasure to work at Neville’s. The business shows a great deal of loyalty to the team and always offers opportunities to train and develop and move forward. It’s just a second family for me really.

“My aim now is to become the best Branch Manager that the Neville’s has ever invested in and take the opportunity to pass on my experience and my knowledge to the next generation following on.”

We use cookies to ensure that we give you the best experience on our website. If you continue to use this site we will assume that you are happy with it.OkRejectPrivacy policy