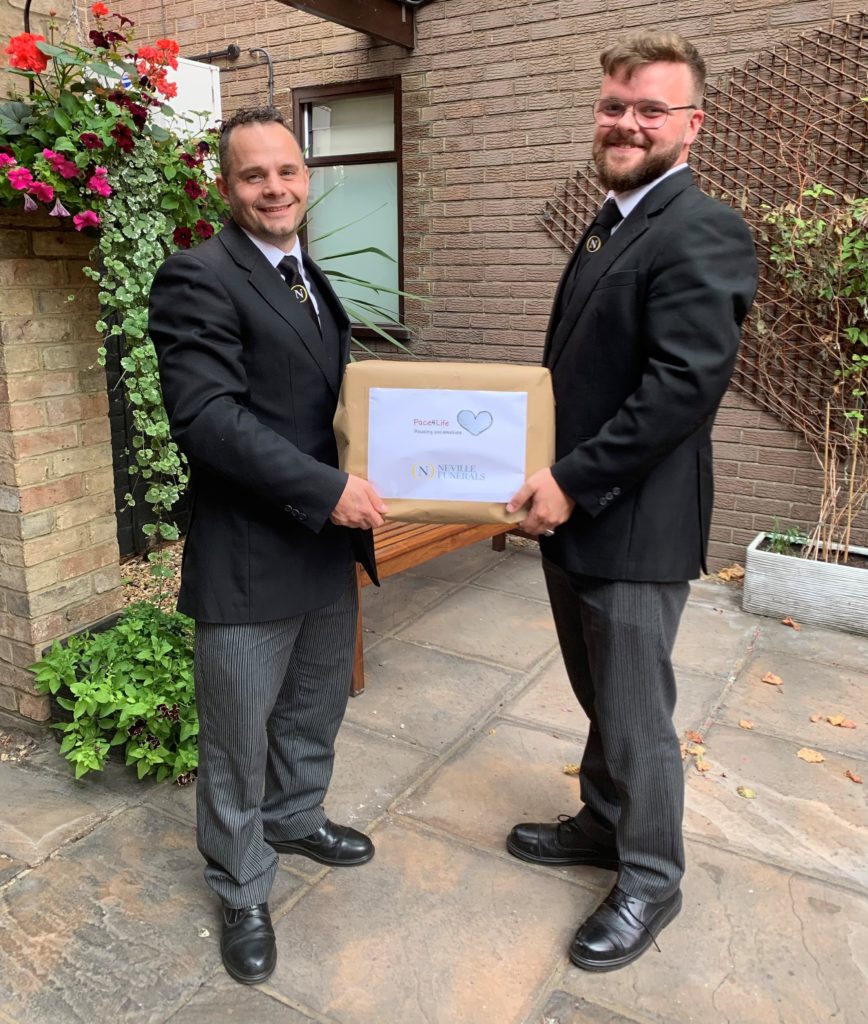 Neville Funerals has recently announced a significant new partnership with charity Pace4Life in a bid to recycle and reuse hundreds of UK Pacemakers for developing countries that most need these life-saving devices.

Pacemakers are small electrical devices used to treat some abnormal heart rhythms. It’s estimated that every year up to 2 million people die in the developing world because they don’t have enough money for a new pacemaker operation.

Charmian Alexander, the Director at Neville Funerals said: ”We realise that not many people know that pacemakers have to be removed before the deceased can be received by a crematorium. We can do this quick and easy procedure ourselves using our own team, with the approval of family members, but the result is that we can collect upwards of 200 pacemakers a year that are essentially disposed of as clinical waste, some of which inevitably goes to landfill. Something which does not sit easily with us a business.

“We have been looking for some time for a way to recycle these vital medical devices and then came across Pace4Life – an amazing charity that is able to collect the pacemakers, assess them for reuse and ship to countries that can put them to great use.

“From 29th July, we will have formal donation agreements in place that allow families and individuals to donate either their own or a deceased family member’s pacemaker, very much like an organ donor system. Our part in this process may be small but the thought that it will allow others to live their best and longer life as a result, is incredibly rewarding and a very uplifting exchange for the families allowing us to donate too.”

Heart Surgeon, Dr. Joel Dunning is Lead Trustee of Pace4Life: “In the United Kingdom, approximately 35,000 individuals undergo pacemaker implant surgery each year. When a pacemaker user dies, the device is buried with them, or, if the deceased chooses to be cremated, it is discarded either as medical waste or often just placed in a box and forgotten.  Yet, in the developing world, millions die each year due to inaccessibility to medical healthcare and the prohibitive cost of pacemaker surgery.

“Pace4Life was set up to respond to this situation by undertaking a project that will hopefully see thousands of discarded pacemakers sent to needy individuals, using creative methods of delivering costly healthcare to impoverished countries. ​

“With the support from firms such as Neville Funerals, hospitals and clinics, we can be confident that we can raise wider awareness of the situation and the simple recycling fix that can make such a significant difference.

Pacemakers are powered by long-lasting lithium batteries and are usually encased in either stainless steel or titanium. Once fitted the average life-span of a pacemaker is between 7 and 10 years. Pace4Life looks to use pacemakers with greater than or equal to 70% battery life in line with the protocols set.

Charmian continued: “It is our hope that we can spread the word and the practice of passing on pacemakers to Pace4Life and extend the debate and the opportunity throughout the funeral industry and our communities. It’s an opportunity that we simply must grasp and promote.”