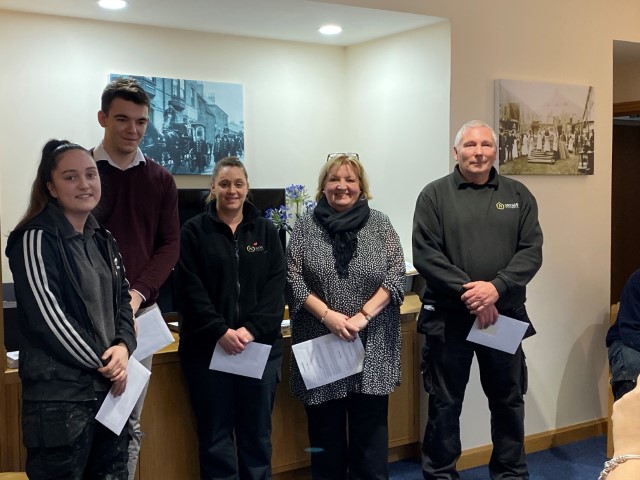 We’re very proud of our staff and along with colleagues from the Neville Group of Companies, Melissa Hamblin, who has moved into an Operations Supervisor’s role, was recently presented with one of the special awards given to those we recognise for doing really well in the year – be it a new starter, someone who was new to a role, or someone who had shown a real change in direction over the year or gone over and above.

Melissa’s name has come up again and again over the last few months as someone who has really embraced their new role and made a real impact, particularly across the branches. Well done Melissa! (Melissa is in the centre of the photo)

We use cookies to ensure that we give you the best experience on our website. If you continue to use this site we will assume that you are happy with it.OkRejectPrivacy policy