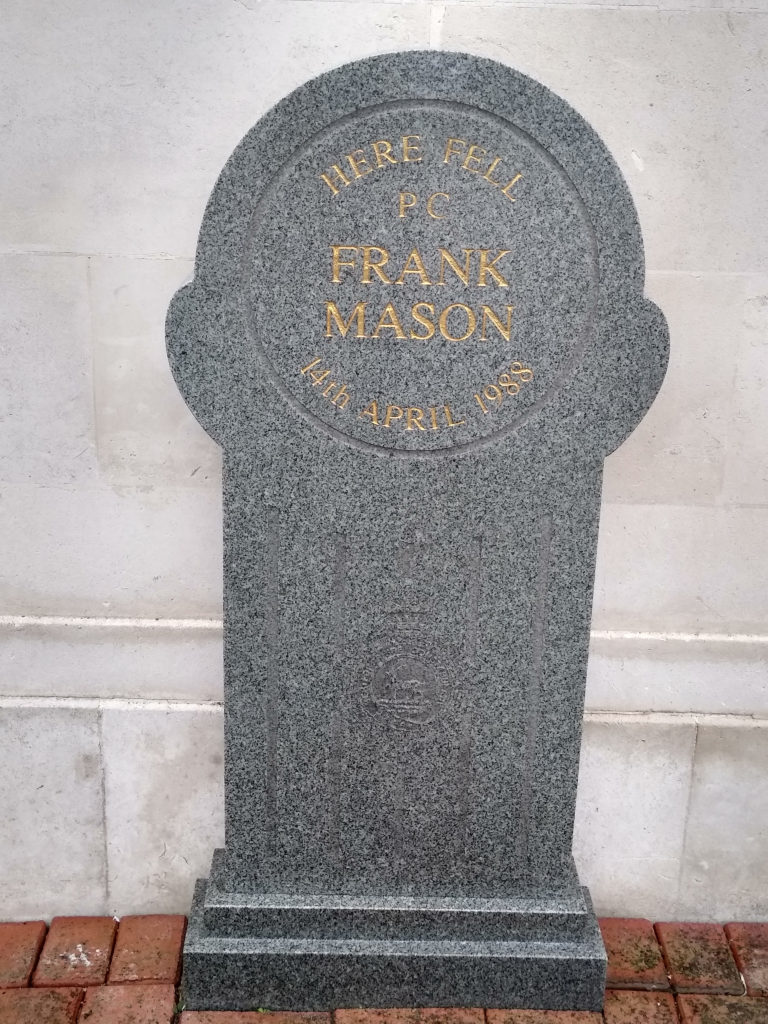 We have a lovely story about one of our team members based at our Hemel Hempstead branch. Alison Bailey decided to come to the rescue when she noticed the poor state of a memorial dedicated to local police officer PC Frank Mason, who lost his life in 1988. Alison takes up the story: “This memorial to PC Mason came to my attention as I stood in the queue for the bank we use for work. Having served in the police, I recognised the style of the memorial. I later found out that PC Mason was off duty in Hemel and sadly lost his life whilst going to the aid of the bank which were victims of an armed robbery. [Later that week, I saw on Facebook] that the Police Memorials Trust were asking for volunteers to check in on their memorials, so on Thursday I popped down to the bank and gave the memorial a bit of a clean and weeded around it. I also spoke with the Bank Manager and staff, and they are only to happy to take it under their wing as well. I learnt that the annual memorial had sadly been cancelled this year, but, I will continue to keep an eye out for PC Mason’s memorial and feel very privileged to do so”.